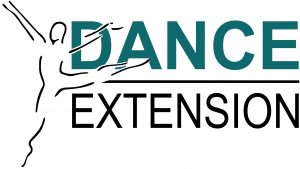 The Dance Extension is in it's 32nd year as the premier Dublin dance studio. We bring together the best instructors regionally to offer diverse instruction to our new and experienced students in the best physical dance facility in the region. We are committed to providing dancers of all ages, from the smallest kids to adults, with quality dance and performing arts instruction. Our dance instruction includes all aspects of classical dance including ballet, pointe, jazz, tap, contemporary, breaking and hip hop taught in an encouraging and safe environment.   We offer classes in acting, preschool movement programs, dance themed mommy-and-me, and dance classes for toddlers to inspire even the youngest dancer. Students may choose a pre-professional training level program or a number of recreational single class offerings

Jennifer, known as “DJ” to her dance students, was born and raised in Ashland, Ohio where she began her dance training with Opus II Dance Studio under the instruction of Hellie Schussler. She became well versed in ballet, jazz, modern and tap techniques. While at Opus II she was able to dance with the school’s pre-professional company, Ashland Regional Ballet. She attended summer intensive study programs at BalletMet, Blue Lake Fine Arts Camp and was a cast member of Blue Lake International Exchange Program’s European and U.S. Ballet Tour in 1999. Jennifer received a Bachelor of Arts in Musical Theater from Coastal Carolina University. Jennifer returned home to Ashland and began teaching for Opus II and served as Ballet Mistress with Ashland Regional Ballet (ARB). She performed as a professional member with ARB dancing numerous roles in The Nutcracker, Firebird, many other original ballets and pieces, as well as choreographing many original works for the company’s repertoire along with staging many scenes for several ballets. She has also danced as a guest artist with NEOS Dance Theatre. Jennifer has served as Choreographer for productions of Nunsense, South Pacific, Oklahoma!, The Sound of Music, Annie, The Music Man, and Seussical the Musical with St. Peter’s High School in Mansfield, Ohio, also including Damn Yankees and The Pajama Game for The Ohio State University- Mansfield. Jennifer resides in Columbus with her husband, Matthew and their daughter, Maylyn who is now a Dance Extension student!

We are pleased to have Britt Richey, a former Dance Extension and Collaborative Dance Project (CDP) dancer as a member of our core instructional team. Britt danced at the Dance Extension from elementary school until she graduated from Dublin Jerome HS in 2013. In April 2017, she graduated from the University of Cincinnati with her Bachelor’s of Science degree in Early Childhood Education. Growing up in Dublin and at the Dance Extension, she has always had a passion for helping others and working with children. Now that Britt is teaching, she wants to give back to current dancers and to try to give them the same experiences she had while at the studio. She learned life lessons on time management, organization, physicality, and working together to create a family bond. Britt is excited to be able to share her love of dance with her students.

Madison is a 2018 graduate of the Ohio State University's Fisher College of Business with a degree in Human Resources along with a minor in Economics. Madison is from Perrysburg, OH. In her time at Ohio State she was a Business Scholar, Ohio State University Dance Team Captain, and Office of Student Life Intern. In her senior year Madison was Captain of OSUDT and along with her teammates won both the D1A Jazz and Pom National Championships from UDA's Collegiate Nationals. Madison spends her days in corporate recruiting and continues with her love of dance as a Dance Extension instructor

Dani has been dancing since the age of 5 and has completed a BFA in Dance at The Ohio State University, with focuses in Performance and Education. Originally from the western suburbs of Chicago, she gained most of early dance training at Millennium Dance Center under Meagan Ziebarth, Colleen Rubio, and Joshua Manculich. During high school she was the captain of her school’s dance team, which won 3 state championships during her time on the team. After high school, she couldn’t see herself pursuing anything other than dance and chose Ohio State for its incredible dance program. She has participated in workshops and intensives at American Dance Festival, River North Dance Chicago, Chicago National Association of Dance Masters, Chicago Human Rhythm Project, and University of North Carolina School of the Arts. In 2018 she traveled to Denmark alongside 14 students from OSU, performing, teaching, and taking class throughout the country. Dani is excited to continue sharing her passion with the students at Dance Extension!

Patrick recently moved from San Diego, CA to pursue a degree at Ohio State and is joining Dance Extension contributing to our excellent ballet program. Patrick started dancing at age 16 with Dance Arts Center in Redwood, California before attending Nutmeg Conservatory for the Arts in Connecticut. Patrick has performed professionally in over 20 productions at Peninsula Ballet Theater, Hilbarn Theater, Anaheim Ballet, City Ballet of San Diego and The Walt Disney Company. He has choreographed and instructed at six San Diego area studios. Patrick is also a Certified Personal Trainer, trained vocalist, pianist and violinist. Patrick has instructed several master classes at Dance Extension and is excited to join the program where he will work with our students to foster a positive relationship with their art and their bodies

Brianna received her Bachelor of Fine Arts in Dance Education from The Ohio State University. A company member of Thoissane West African Dance Institute and the Brazil Dance Tour, Brianna performed in numerous performances while in college. Her dance training includes classical ballet, modern, contemporary, West African, Jazz, Hip Hop and Latin. A yoga and pilates instructor, Brianna brings energy and excitement to the studio. This fall she will be working at the Lincoln Theater in Columbus as their dance facilitator and with the Dayton Contemporary Dance Company developing curriculum and choreographing dances. We are excited to have Brianna join our Dance Extension staff this upcoming season.

Abbie is an incoming junior student at Ohio State, where she is majoring in dance and accounting. Previously a competition dancer in Cleveland, Ohio, she has been choreographing and teaching classes and camps of several ages at Miss Kristin’s Dance Studio since high school. She has been involved in several concerts through the dance department at Ohio State as well, which typically happen once or twice each semester. Here, she gets to work with dance professionals such as Daniel Roberts, Karen Eliot, and Eddie Taketa. Abbie is also a member of the club Dance Connection at OSU, which is a group of girls who perform in a show each semester with their choreographed dances and selected dances, hold socials, and fund-raise. She is very excited to be a new staff member at Dance Extension and loves to work with kids of all ages to share her love and knowledge for dance!

Ali will be a senior at The Ohio State University this fall, majoring in dance education. She has traveled to Brazil in their dance tour, performed in OSU faculty productions, and hopes to travel to Puerto Rico during her senior year as part of her senior distinction project research. Ali also worked with an outreach program through The Beck Center for the Arts in Lakewood, Ohio and has taught ballet, contemporary, improv, jazz, and tap. We are excited to have Ali join us this fall on our Dance Extension Staff.

Judy, owner of Dance Extension, graduated from The Ohio State University with a bachelors degree in Human Resource Management, and pursued her first career as a Human Resource Administrator. Following in the footsteps of her father, Judy has always been a lifelong supporter and participant in the performing arts and music, and from theater to creative problem solving. As a Destination Imagination Coach she lead her team of 5th graders to the global finals. Most recently as a pre-K teacher her team reached a 5 star 'Step Up to Quality' ranking from the Ohio Department of Education and Ohio Department of Job and Family Services. Judy continues her love of teaching children by leading the dance themed Mommy Let's Dance and Let's Pretend programs. The highlight of her day is the frequent hugs she receives from current and former students and watching her own daughter dance at the studio. 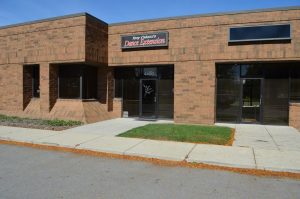 The Dance Extension is proud to partner with Nationwide Children’s Hospital Sports Medicine. Through this partnership, Nationwide Children’s Sports Medicine provides many services to our dancers including: For any Dance Extension dancer who may have an injury, please speak to a teacher about seeing our athletic trainer, Eric Leighton, who visits the Dublin studio Thursday evenings. Over the past several years, Eric has been instrumental in keeping our dancers healthy. He is a vital resource in guiding injured dancers to a course of treatment, including when necessary, arranging for next day appointments with a sports medicine or orthopedic physician. Eric has personally treated several of our dancers in Functional Rehabilitation sessions and is able to tailor treatment to the unique needs of the young dancer. Our partnership with Nationwide Children’s Sports Medicine continues to be a wonderful benefit to The Dance Extension Project.
Sports Medicine at